The Commitment of Being Passionate

I am old.  I know because when I went to the ladies room at the Hard Rock Live, the attendant saw me looking at myself in the full-length mirror, messing with my hair and adjusting my clothes, and she said, "You look young."

I am also still a teenager. I have literally not taken off my black Adam Ant rubber wristband since I bought it at the concert. I flip it inside out at work so you can't see the part that says Antmusic for Sexpeople.

I have worn the bandana on my head like a kerchief, on my head like a hairband, around my neck like a scarf, around my neck like a choker, and for the first week or so I slept with it on my nightstand so it would be right next to me.  Also: apparently Adam Ant smells really good.  I thought maybe it smelled of cologne or something, but it wasn't really that chemical-y a smell.  I made Greg smell it and he identified it as scented body wash, which is exactly it, I think.  Clean, but not soapy; scent-y but not perfumey.  I did genuinely consider keeping it sealed in a plastic bag to preserve the wonderful smell.  I ended up deciding that touching it was more important than smelling it.  After three weeks, the smell is gone.

If I could go back in time and tell my seventeen year old self about all this, she would be embarrassed by the push-up bra, overjoyed at the idea of the front row seat, amazed at the thought of Adam playing his 1977 punk songs in 2012, and completely bewildered by my decision not to quit my job so I could go see every single show on the American tour.  Or at least, at least the ones on the East coast.

I am really considering an Ant-related tattoo.  I googled Adam Ant tattoos and found quite a few of his face, which is not a thing I would ever get (fond as I am of his face).  There were a lot of his Antwarrior logo, which is just perfect for tattooing, but not for me. 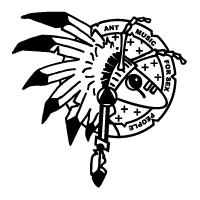 There were several people who got his signature tattooed on them, and and a lot of copies of his Pure Sex tattoo.  (As a person who is me, I absolutely adore the idea of the type of person who gets a tattoo that says Pure Sex and their own name. I mean it. )


In googling, I found a number of interesting pictures, including this one of James Franco, who did an Adam Ant inspired photo shoot for GQ Style.  Who knew?


It is entirely possible that one day I will write a blog entry about something else, and what a fine day that will be, whenever it comes.