Last week I set off for Gainesville, Ga early in the morning on Thursday. It was a lovely sunny Florida morning -- off I go! 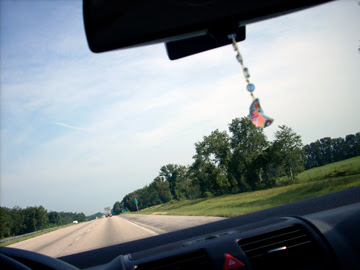 I went to celebrate my Dad's 92nd birthday, and I got to see my sister and her husband (and her son and his new wife, whom I have never met before last week). My brother was there, and his daughter and her two daughters. We all went out for a steak lunch on Saturday. I took Dad several fancy cigars as a present.

I stayed in the Guest Room at Mom and Dad's retirement home, which is like an apartment building. It's a nice enough Guest Room, it has a little refrigerator and tv and stuff. Oddly, it doesn't have a phone, but my cell phone gets a little reception there, so it's okay. 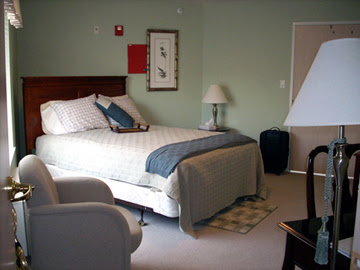 Dad once again brought up my writing his obituary. I have to admit, I haven't finished writing it from when I was there in March. He changed his mind, though, and decided to take out all of the stuff about his college degree (from Va Tech) and his time in the military (he served in the Army during World War II) and just leave in the stuff about his family and his dedication to the church. He also helped me figure out what to say for Mom's obituary, and he made me write down a list of things to do when either of them passes away, like who to call and what documents to file, etc.

Mom spent a lot of time trying to give me stuff, like old pictures and mementos, and cards from people who are no longer with us, and book and vases and things.

Early Sunday morning Mom and Dad and I went out for breakfast at the IHOP, and then I headed off to Florida in the gray Georgia morning. 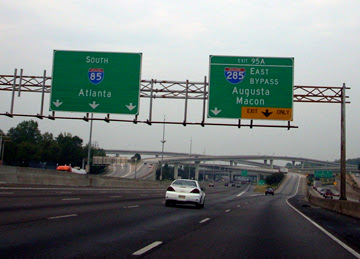 Somehow I didn't have to pee as often as usual during the trip back, and I made it with only one stop (in Tifton, GA, which is almost exactly half-way between Orlando and Gainesville).

I have made this trip a zillion or so times, and it seems like it is always the same: gray cloudiness in GA, then rain as soon as I cross the FL border, then sunshine when I get closer to Orlando.

Woo! Back in Orlando at last! 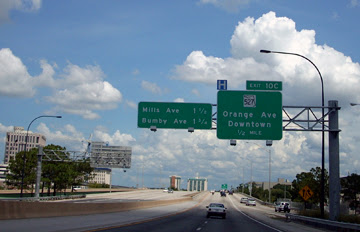